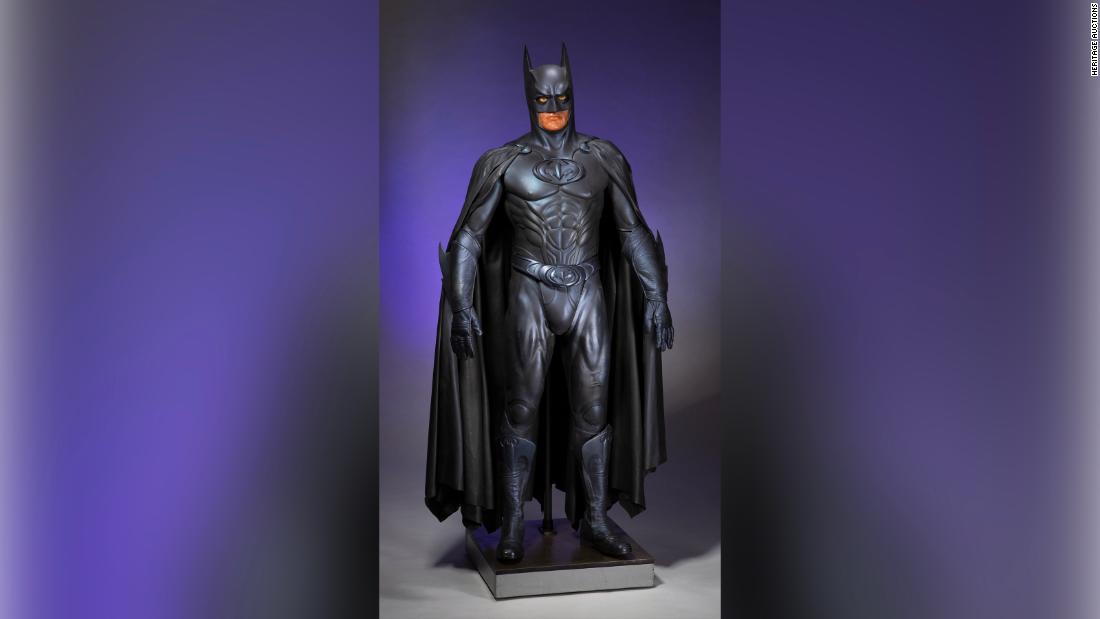 Written by By Zoe Sottile, CNN

“Batman” superfans can step into the iconic costume from George Clooney’s turn as the superhero — complete with realistically molded nipples.

Heritage Auctions is auctioning the notorious Batman costume worn by Clooney in the 1997 “Batman & Robin.” The film was a sequel to the popular “Batman Forever,” but was a box office failure. In 2017, director Joel Schumacher went so far as to apologize for disappointing fans with the film during a Vice interview.

One of the aspects of the film that attracted the most ridicule was the costumes — especially Clooney’s bat suit. The suit features clearly defined nipples molded onto the chest plate. Schumacher told Vice the design was inspired by Greek statues and medical anatomy illustrations.

The auction starts on July 22 and the current bid is $40,000, as of Saturday. Crafted from latex, vinyl, resin, leather and other elements, the costume comes assembled onto a life-size mannequin with a “hyper-realistic George Clooney head,” according to Heritage Auctions. The outfit includes Batman’s signature cowl, a full length cape, a muscle tunic, muscled tights, gauntlet gloves and knee-high boots.

The costume is the fifth bat suit in the modern Batman film franchise, says Heritage.

“Batman” paraphernalia has been known to reach impressive prices at auction. In May, a rare issue of the comic that introduced the character of Batman sold for over $1.7 million.