Trump-backed Kari Lake posted support for transgender youth, asked about abortion in the case of birth defects in 2015 and 2016 posts 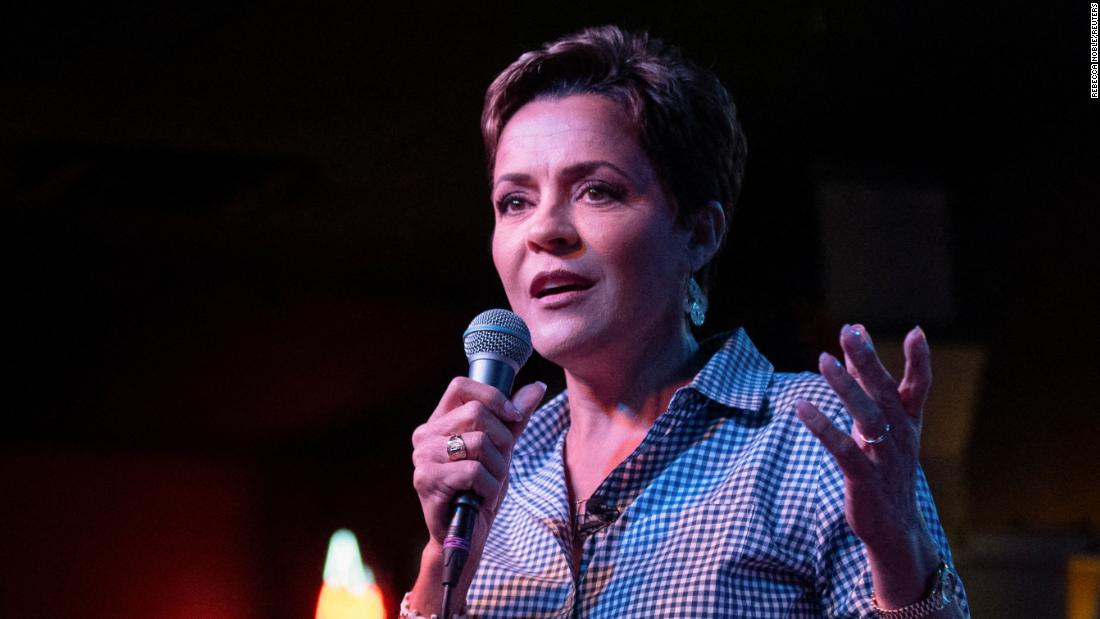 Lake, a former local news anchor running for Arizona governor who has been endorsed by former President Donald Trump, has strongly campaigned against abortion and transgender issues. She has attacked repeatedly “the transgender movement” and “woke gender activists.”

But in comments made on her Facebook page maintained as a news anchor in 2015, Lake offered a more supportive and sympathetic view of transgender people undergoing gender transition and praised a speech made by former Olympian Caitlyn Jenner.

In the same post, Lake defended Jenner in the comments when someone said the former Olympian was not courageous and did not deserve the award.

“I thought Caitlin’s [sic] speech at the ESPYS was very moving. I am absolutely rooting for anyone who makes the difficult decision to transition. It is a decision that is never made lightly,” Lake wrote in the replies to her post on Facebook in July 2015. “The point is this is her life.”
Lake continued by noting that transgender youth need support because they face high suicide rates, writing, “And there are a lot of young people coming up today facing the same difficult dilemma needing support so we don’t have so many suicides in this group of individuals. No one is asking you to transition, they are just asking for a little bit [sic] understanding or support.”
In another Facebook post from April 2015, Lake promoted a report she made on her local Fox station on the story of a woman who transitioned, calling it an “inspiring journey.”
“A big thank you to Juli Myers for her honesty and candor in explaining what the transgender experience is all about,” she wrote. “I really enjoyed hearing about her interesting and inspiring journey.”
Lake’s rise in the Arizona gubernatorial race began after she became a serial promoter of election conspiracies and centered her campaign on the so-called culture wars, attracting the attention and later endorsement of Trump. CNN’s KFile previously reported on Lake’s ties to extremists and conspiracy theorists after she appeared with a Nazi sympathizer and QAnon-linked activists at campaign events. An attorney for Lake’s campaign said she “does not do a background check on everyone she takes a photo with or everyone whose name she ever mentions.”
Lake’s campaign has faced recent attention about similar differences in her public stance regarding drag queens. As a candidate, Lake attacked these entertainers as being dangerous to children, later falsely equating drag performers with child sex predators for “grooming” children. After Lake’s initial attack, a prominent Phoenix-area drag queen alleged that Lake allowed her daughter to attend a drag show at Lake’s home. The Lake campaign did not deny the account –claiming that she hired an impersonator rather than a drag queen — and later sent a cease-and-desist letter to the person.
Lake is seen as the frontrunner in the 2022 Republican primary to succeed term-limited GOP Gov. Doug Ducey. The primary election is scheduled for August 2, and early voting began on July 6. A day after early voting started, Ducey announced his endorsement of Lake’s GOP primary rival, Karrin Taylor Robson, saying “there’s no question who is the proven conservative ready to lead.”

Lake did not respond to CNN’s request for comment.

In one Facebook post, from February 2016, Lake posted a “deep question of the day,” asking if fetuses with the Zika virus — which can cause birth defects — should be aborted.

“Deep question of the day,” Lake wrote. “This one dealing with abortion and the Zika virus. Hear me out, please. With the Zika Virus expected to spread ‘explosively’ around the world and cases popping up already here in the US will this devastating virus change your stance on abortion?”

“The virus stunts the skull development and thus brain development of a growing fetus. Causing their brains to be only half the size of a healthy human. The human toll of tens of thousands of ‘Zika babies’ is already alarming. The babies will face enormous medial [sic] problems and never develop normally. The medical, emotional and economic affect [sic] of the Zika Virus is going to be astronomical.”

“Should abortions be easily attained for pregnant women who find out they’re caring a baby affected by Zika?” she asked.

While campaigning for governor, Lake has called abortion the “ultimate sin” and has signaled support to ban Food and Drug Administration-approved abortion pills along with all medical abortion clinics in Arizona. Her campaign told the Arizona Republic newspaper that Lake is “pro-life” and supports abortion only in the case of rape, incest and to save the life of the mother.