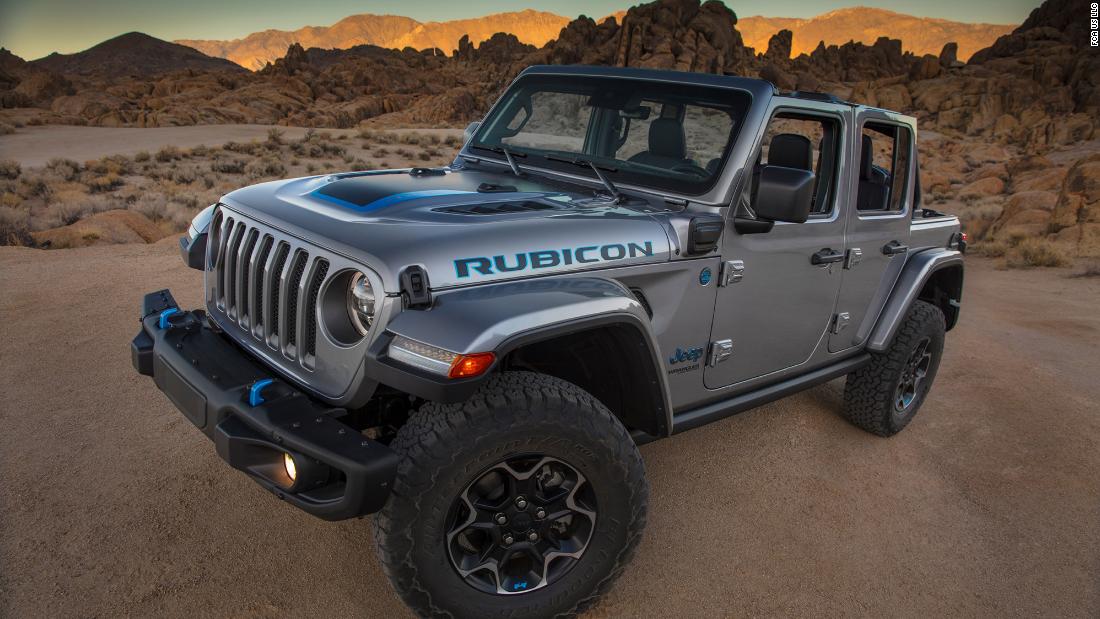 There are other, seemingly more likely contenders, like the like the Toyota Rav4 Prime, a family-friendly crossover, or the Toyota Prius Prime, engineered as an efficiency champion. But the Wrangler 4xe is the plug-in hybrid sales leader by a canyon-sized margin.

In the first half of 2022, the Jeep plug-in outsold the next-most-popular plug-in hybrid, the Toyota Rav4 Prime, by almost double. Toyota reported that it sold 10,153 of its plug-in hybrid SUV in the first six months of 2022 compared to 19,207 plug-in hybrid Wranglers. In fact, the Wrangler 4xe alone outsold all the Toyota and Lexus (Toyota’s luxury brand) plug-in hybrid models combined. This is despite the fact that Toyota, which introduced the hybrid Prius to the US in 2001, is a brand that’s almost synonymous with hybrids.

PHEVs are sort of a cross between hybrid and a fully electric vehicles and can behave like either one, depending on the situation. The Toyota Rav4 is available in both hybrid and plug-in hybrid versions. The Rav4 Hybrid has batteries that are recharged as the vehicle drives, both directly from the SUV’s engine and during braking as the rotating wheels are tapped to generate electricity. The relatively small amount of electricity stored in the batteries can be used to drive the SUV when not a lot of power is needed, allowing the gas engine to shut off from time to time. The Rav4 Hybrid doesn’t have a charging port and can’t be plugged in, though.

The Rav4 Prime, a PHEV, works the same way but it can also be plugged into a charger, which allows its more powerful batteries to take in additional electricity. When fully charged this way, it can drive for 42 miles on electricity alone — just like a fully electric car — before the gas engine comes on and it starts driving like a hybrid, switching back and forth between the gas engine and electric motor.

The Wrangler 4Xe’s market dominance may have a lot to do with sheer availability, said Ivan Drury, automotive analyst with the website Edmunds.com. Stellantis, Jeep’s parent company, is just producing a lot more of them then Toyota is of its plug-in hybrids. One indicator is that Rav4 Hybrid’s “days-to-turn” — a measure of how long each one stays on a dealer lot before being sold — is just 13 days compared to the Wrangler 4Xe’s 20 days. Also, as an off-road capable plug-in hybrid, the Wrangler 4Xe has no real direct competitors in the market today, Drury pointed out.

According to EPA estimates, the Rav4 Prime will save about $4,000 more in fuel over 5 years compared to the Rav4 Hybrid. But, because of its more powerful batteries, Toyota also boasts of its performance. With its maximum 302 horsepower, compared to 219 in the Hybrid, it’s the second quickest-accelerating Toyota model sold in the US, second only to the Supra sports car, according to Toyota.

Jeep, similarly, markets the 4xe plug-in hybrid for its off-road performance, not just fuel savings. Electric motors provide strong and immediate pulling power when the accelerator pedal pressed, something that can also be experienced in fully electric off-road vehicles like the Rivian R1S and the GMC Hummer EV. Only about a third of Wrangler 4xe buyers started by looking for “alternative powertrain” technology, said Jim Morrison, head of the Jeep brand in North America. Almost all of them say they are looking for off-road capability, though, he said.

The 4xe can drive an estimated 21 miles on electricity alone before the gas engine needs to run, according to the EPA. When not running on pure electricity, the 4xe is actually slightly less fuel efficient than some other Jeep models that use “mild hybrid” technology to improve fuel economy. Still, when the electric-only range is factored in, it’s the most fuel-efficient model in the Jeep line-up, said Morrison. if it’s plugged in every night, some drivers can go a long way without burning gas, he said.

“I’ve talked to a lot of customers that haven’t used fuel at all so far this summer,” he said. “Because of the way they use their Wranglers, they’ve been able to do it all on electric.”

Leaders of both Toyota and Stellantis have expressed skepticism of automakers going all-electric as a way to curb global warming. They have said it makes more sense to give customers a range of options including hybrids and plug-in hybrids, since not all customers can use fully electric vehicles. Both automakers are offering — or planning to offer — fully electric models in the future, with some Stellantis brands expected to go all-electric in the next few years. Morrison would not say when Jeep might make that shift.