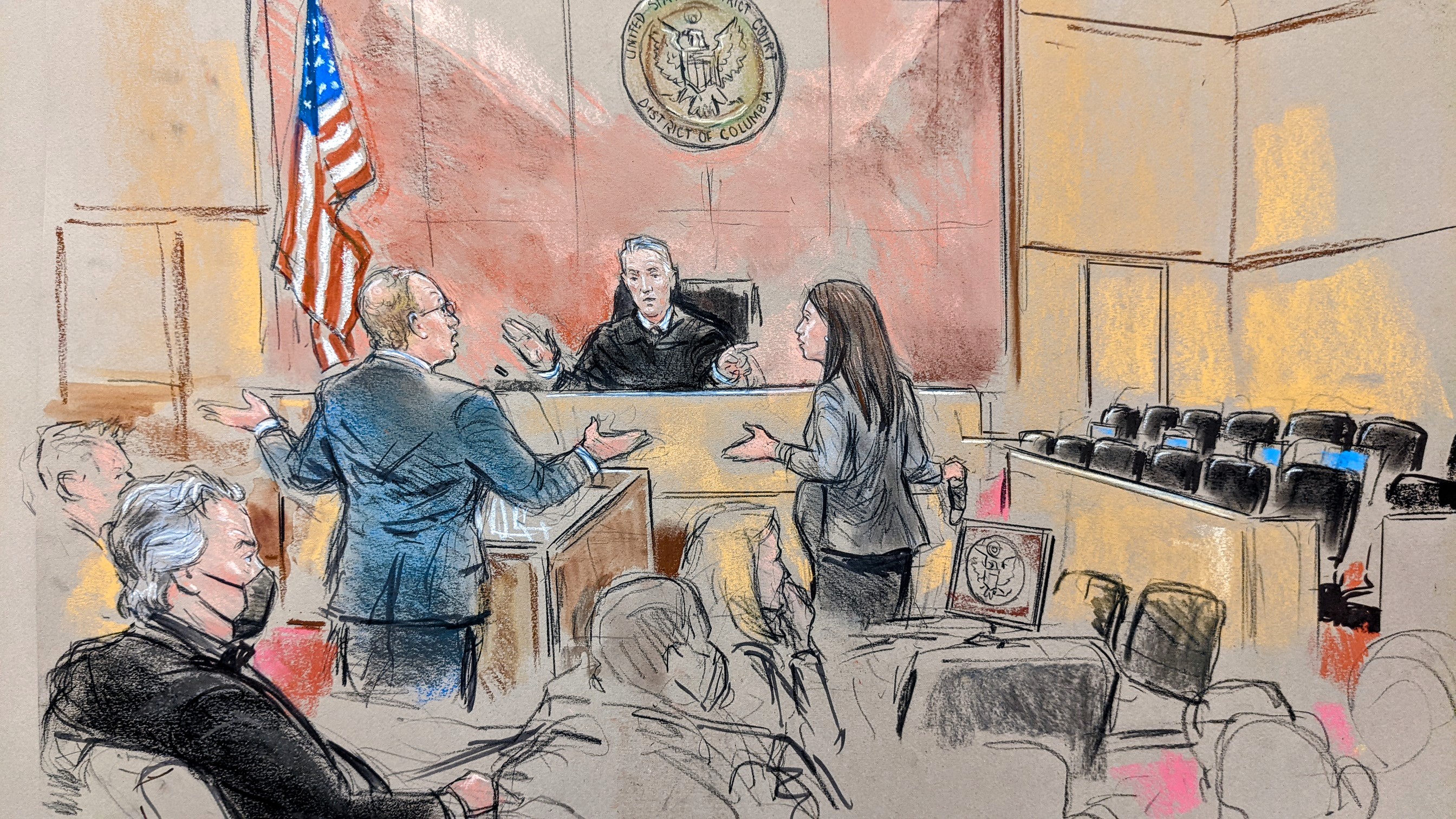 Before Evan Corcoran, Steve Bannon’s attorney, finished his opening statement, he was interrupted with objections from the government.

Corcoran took aim at the government’s case: “The government wants you to believe that Mr. Bannon committed a crime by not showing up at a congressional hearing room.”

Corcoran told the jury that the evidence will be “crystal clear” that “no one, no one believed Steve Bannon was going to appear on Oct. 14, 2021.”

He suggested that the government would not be able to meet is burden of proof to show that Bannon willfully defaulted on the subpoena.

He said the jury will “hear that date was the subject of ongoing negotiations and discussions,” as he pointed specifically to an October letter from Bannon’s attorney asking for another week on the subpoena’s deadline.

Corcoran turned to an argument about the contempt resolution, prompting an objection from Vaughn.

“At the end of the trial, you’ll be the only ones who decide if the government has met its burden of proof,” Corcoran said.

A question he put forward to the jury — asking them, “is this piece of evidence affected by politics?” — prompted another objection from Vaughn.

He then ended his opening statement by asking the jury to find Bannon innocent.