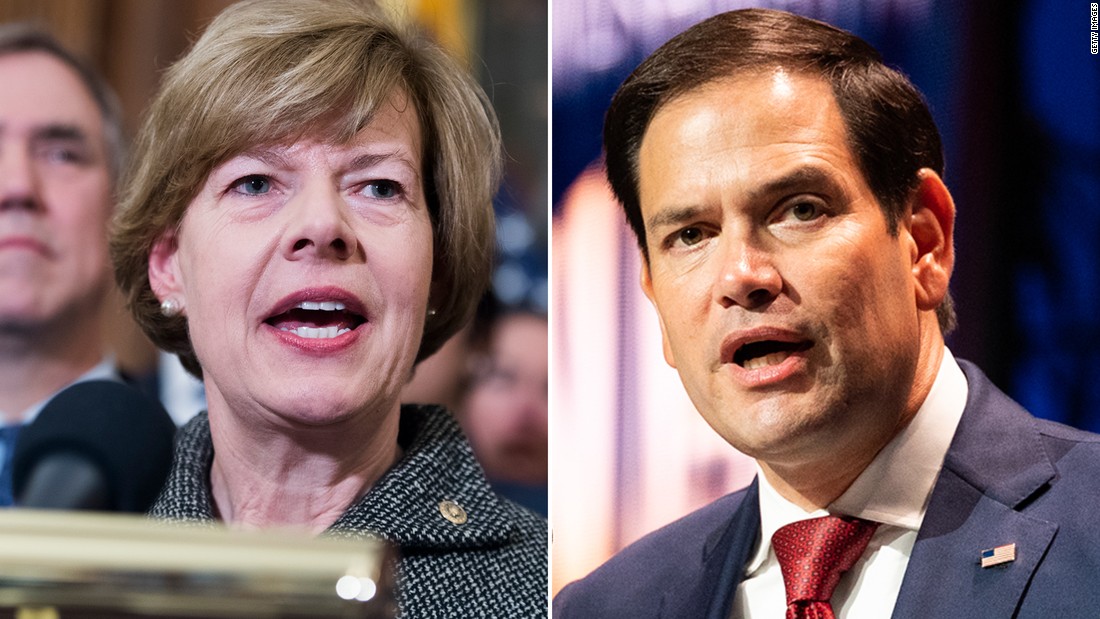 But when he said that, there was another senator on the elevator who heard him: Sen. Tammy Baldwin, the Wisconsin Democrat who is also the first known gay politician elected to the US Senate.

“You probably would have loved to be on the elevator to see the exchange after,” Baldwin told CNN on Thursday, adding: “of course I did” speak to him about the remark.

Baldwin did not reveal what Rubio said in response. She also would not say if she was offended by his remark.

Baldwin also predicted they would have 10 GOP votes to break a filibuster attempt when the bill eventually heads the floor.

Rubio and other Republican senators argued that the bill is “unnecessary” because there’s no threat to same-sex marriage, as the majority Supreme Court opinion from Justice Samuel Alito attempted to wall off its ruling on abortion from other rulings involving the right to privacy like same-sex marriage. In a separate concurrent opinion, however, Justice Clarence Thomas wrote separately to call explicitly for those other rulings to be revisited.
Baldwin’s remarks came the same day her fellow Wisconsin senator, Republican Ron Johnson, indicated support for the same-sex marriage bill.

In a statement, Johnson called the bill “unnecessary,” but said that if it comes up for a vote in the Senate, as it is expected to, he sees “no reason to oppose it.”

Johnson makes five Senate Republicans who are expected to vote to advance the bill. While a majority of the conference is undecided Republican and Democratic senators said earlier this week they expect the bill to eventually win the votes needed to break a filibuster, a sign of growing public acceptance and a sea change over an issue that had once badly divided the two parties.

Senate Majority Leader Chuck Schumer, a Democrat from New York, said he wants to bring the bill to the floor soon, but did not announce when he would schedule a vote. He added that he was “impressed by how much bipartisan support the bill got in the House.”

The Senate leaves for its August recess in two weeks, making it unlikely he will be able to get the floor time before then, especially as senators are already trying to pass a bill to boost production of semiconductor chips and a separate economic package. Taking it up after August moves the debate closer to the midterm elections and will allow Democrats to highlight what they believe are key social issues important to voters.