Southwest US should brace for more water cuts 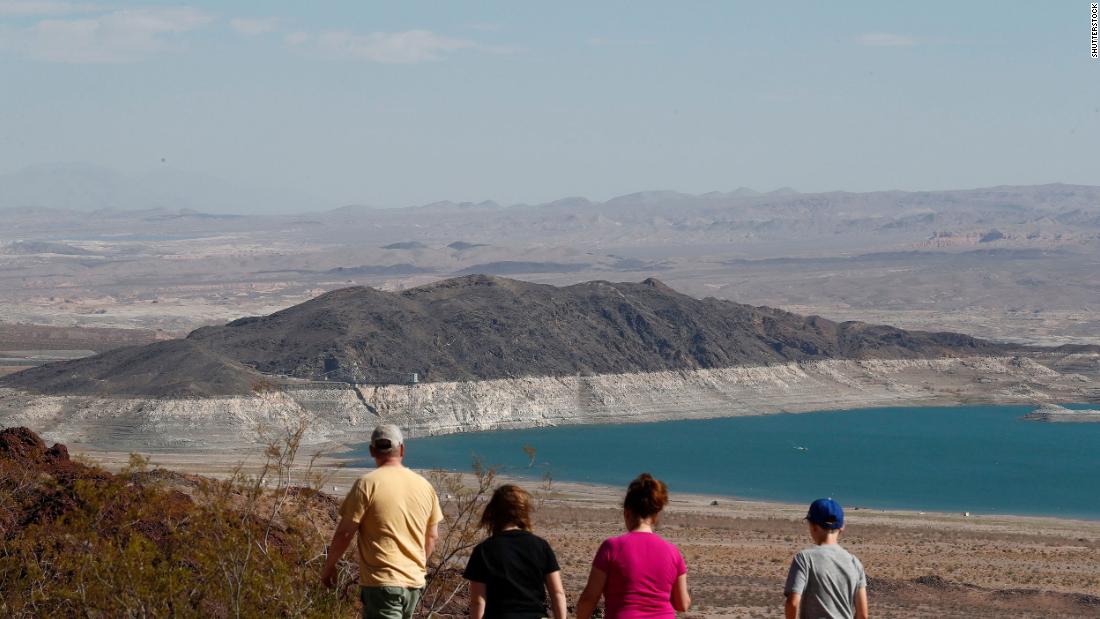 Lake Mead, which provides water to roughly 25 million people in Arizona, Nevada, California and Mexico, is losing water at an alarming rate amid an extraordinary, multi-year drought made worse by the climate crisis.
Because of the reservoir’s plummeting level, states that rely on water from the lower Colorado River were already subject to the cuts that accompany a Tier 1 shortage beginning in January 2022, which have mainly impacted agricultural water use.

But this year did not bring much-needed precipitation to the river basin. The latest report from the US Bureau of Reclamation shows Lake Mead at just over 1,040 feet above sea level in July, having dropped nearly 10 feet in just two months, and is currently at just 27% of its maximum capacity.

More critically, the bureau predicts the reservoir will be at nearly the same level, around 1,041 feet, come January.

If that forecast holds in next month’s report, which is what federal officials will use to determine cuts for 2023, the Southwest will be subject to a Tier 2 water shortage — and the fresh cuts that come with it — starting in January.

At 1,050 feet, a Tier 2 shortage is declared, further decreasing the amount of water Arizona, Nevada and Mexico can use from the Colorado River. If the forecast is below 1,045 feet, which the latest forecast would suggest, then parts of California would be forced to cut its Colorado River water consumption, too.

At Tier 3 — something the forecast suggests is possible starting in January 2024 — water cuts could be deep enough to extend beyond agriculture and impact household and industrial water use.

Importantly, the Bureau of Reclamation’s studies are based on historical data from the 1990s — a much wetter period in the West, said Eric Kuhn, a retired former manager of the Colorado River Water Conservation District.

“This means that the ‘most probable’ 24-month study should be considered to have a wet or ‘optimistic’ bias,” Kuhn told CNN, which suggests that it’s likely the actual levels will run a bit below what the bureau is predicting.

He also cautioned that the Pacific Ocean is heading into its third La Nina year in a row, “which is a very rare event.” La Nina, defined by cooler-than-average water in the equatorial Pacific, has a strong influence on weather in the US West.

“Individual La Nina years can be wet or dry” for the Colorado River basin, Kuhn said. “But in consecutive La Nina years there is a very clear trend toward drier years. The combination of dry soils, a third La Nina and critically low reservoirs levels is a major concern.”

And what happens upstream is of critical importance to Lake Mead. The reservoir’s forecasts are also now accounting for the falling water level — and the government’s emergency actions — at Lake Powell, Mead’s upstream neighbor and the country’s second-largest reservoir.

Last spring, the Bureau of Reclamation announced an unprecedented strategy to boost water levels in Lake Powell and maintain electricity production from the Glen Canyon Dam, including releasing more water from smaller, upstream reservoirs while withholding water in Lake Powell itself instead of sending it downstream to Lake Mead.

Without those emergency steps, the government estimated there was about a 25% chance the Glen Canyon Dam, which generates power for as many as 5.8 million homes and businesses across seven states, would have stopped producing energy by the end of this year.

There is some opportunity for the Colorado River to pick up more inflow between Lake Powell and Lake Mead, from springs and small creeks in the Grand Canyon — but drought and climate change have been reducing these flows, as well.

The full Colorado River system supplies water to 40 million people in seven western states as well as Mexico, and irrigates more than 5 million acres of farmland from Wyoming to the Gulf of California.
Lake Mead’s plummeting water level has become more apparent over the past year. The water line dropped below of the reservoir’s original water intake valves for the first time in April. It has also lead to the discovery of many things, including a decades-old gunshot victim in a barrel, sunken boats and more recently, a World War II-era vessel.