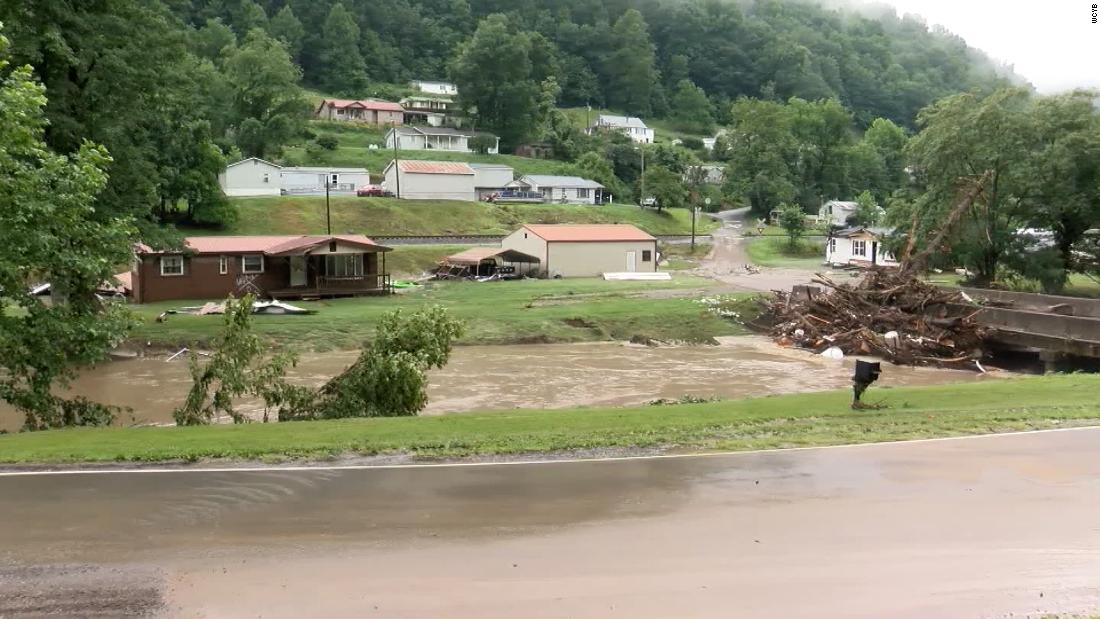 Buchanan County in the western part of Virginia was soaked with more than 6 inches of water in just a matter of hours Wednesday, causing extensive damage, according to CNN meteorologist Robert Shackelford.

“Combined with the fact that the area is mountainous, rainfall is able to collect quickly and dangerous runoff occurred,” Shackelford said.

In the aftermath, authorities said they were searching for at least 44 people who were not accounted for.

“This number reflects the number of people that has been reported to law enforcement by loved ones and family members as being unable to make contact with them,” the Buchanan County Sheriff’s Office said Wednesday in a Facebook post. “This does not mean the person is missing, it means we are attempting to reach and locate the person and check on their wellbeing.”

To aid in the response, Virginia Gov. Glenn Youngkin declared a state of emergency to help with recovery efforts.

The storm was part of several that lingered over the county as well as the surrounding region including Kentucky, West Virginia and Virginia on Tuesday night.

“We were sitting at this post office over here, and the next thing you know, the house is floating on down through there. We thought it was going to wash off. Two of the houses washed off,” resident Seth Owens told CNN affiliate WCYB.

Dominick Fragoso, who lives in Whitewood, said the water rose to his kneecaps.

The storm system also hit the Greenbrier Campground in Gatlinburg, Tennessee, where more than 400 people were evacuated Wednesday after more than 8 inches of rain fell, according to Perrin Anderson, the assistant mayor for governmental affairs in Sevier County.

“Debris and vehicles washed downstream in the Middle Prong of the Little Pigeon River from the campground,” Anderson said.

More than 100 homes were damaged in southwestern Virginia, according to Billy Chrimes, a search and rescue specialist with the Virginia Department of Emergency Management.

“It’s gonna take time for the access to be restored so we can get in,” Chrimes said.

He added that many roads were blocked by landslides and approaches to bridges were washed out in the storm.

“In the wake of the devastation, I want Virginians in Buchanan County to know that we are making every resource available to help those impacted by this storm,” Youngkin said in a statement. “While rescue and recovery continues, please join me in prayer as we lift up our fellow Virginians impacted by this tragedy.”