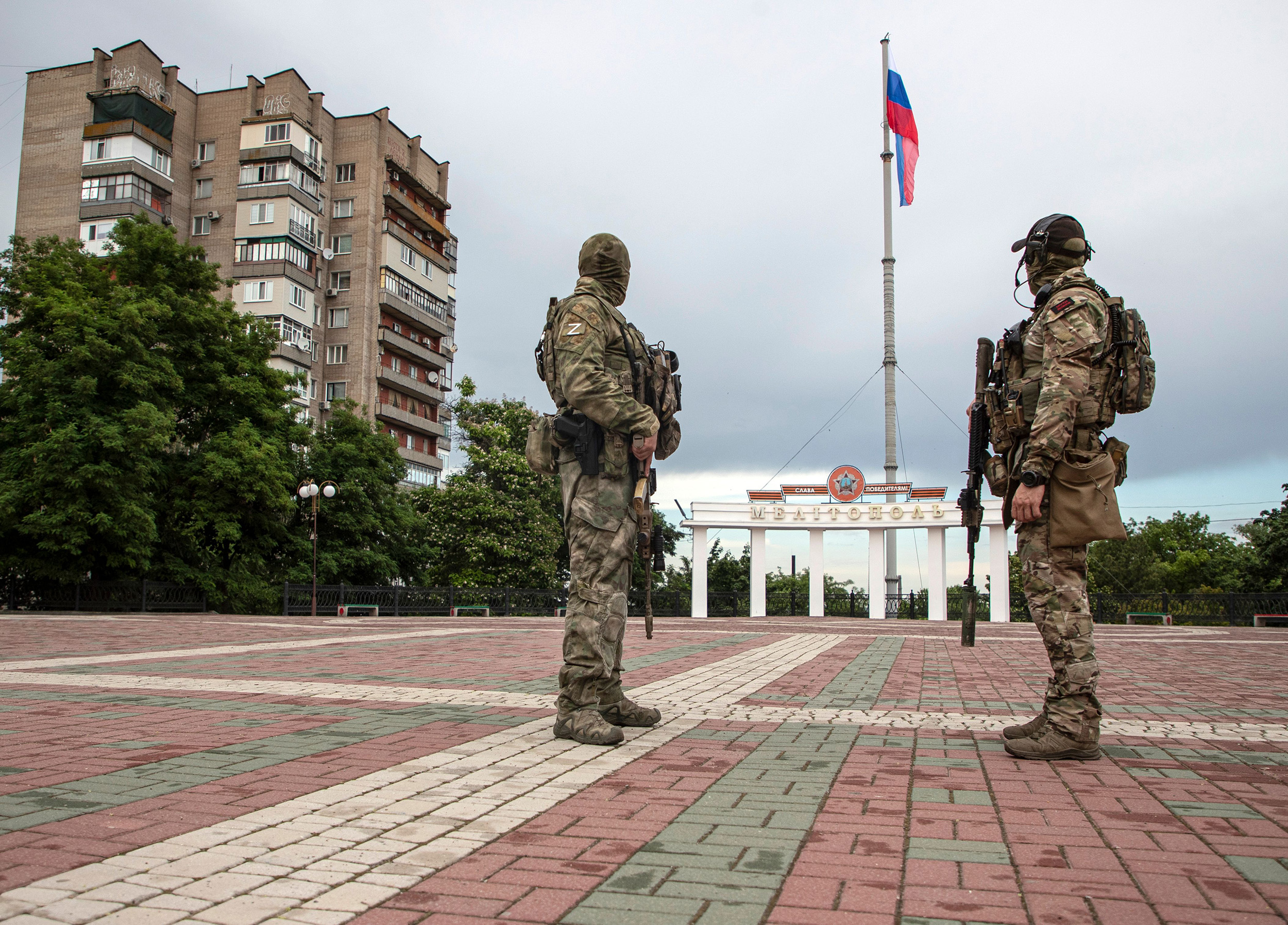 Russia has blocked the exits from the occupied Ukrainian city of Melitopol for the second day in a row, according to city mayor Ivan Fedorov.

Russian forces were “so afraid of the counter-offensive of the Armed Forces of Ukraine that they have covered themselves with thousands of civilians as human shields,” said Fedorov, who is not in Melitopol.

The whole city is held hostage,” he added.

Fedorov said the Russians had closed the checkpoint at Vasylivka — the main crossing point for civilian traffic trying to reach other parts of Ukraine.

On Monday, Fedorov said the Russians had blocked off the western part of Melitopol, stranding “tens of thousands of the citizens of the residential neighborhood.”

Like parts of neighboring Kherson region, Melitopol has seen strikes by Ukrainian forces far behind the front lines in recent days.

The Russian-appointed head of the regional administration in Melitopol, Yevgeniy Balitskiy, said Tuesday on his Telegram channel that the Ukrainian government had “turned into ISIS: they blow up bridges, carry out attacks on public figures,” an apparent reference to the reported assassination attempt against a pro-Russian local official, Andriy Siguta, whose car was blown up.

“This will not change anything,” Balitskiy said. “The people of Zaporozhzhia region have already made their choice….The liberated part of Zaporizhzhia region will become a part of [the Russian Federation] through a referendum.”

Fedorov has claimed that there were high casualties in a Ukrainian strike on a Russian garrison in Melitopol on Saturday night, saying the occupying forces “do not know where to put the bodies of the killed Russian soldiers.”

Last week, Fedorov said there had been more than 30 strikes on a single military base outside the city.

CNN cannot confirm the extent of damage or casualties caused by the Ukrainian strikes against Russian forces in the area.