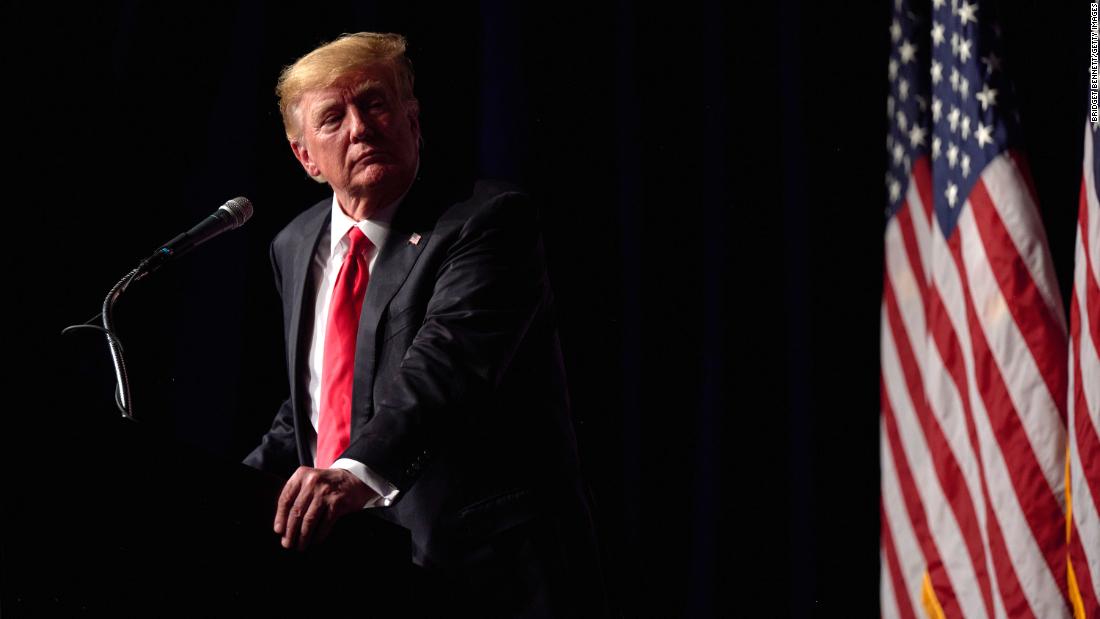 The Times reported on a previously undisclosed memo written by conservative lawyer William Olson, which documented a phone call Olson had with Trump on Christmas Day in 2020. In the memo, Olson wrote that he urged Trump to enlist the Justice Department to directly intercede in his legal efforts at the Supreme Court — and to consider replacing his acting attorney general if he would not do so.

The memo said Trump told Olson he would follow up on the plan. The memo appears to be an early sketch of what days later became clear was Trump’s approach to pressuring the Justice Department and a wish to potentially replace its top leadership.

Olson also encouraged Trump in the December 28, 2020, memo to replace lawyers in the White House counsel’s office who had staunchly opposed the efforts of Trump allies like Michael Flynn and Sidney Powell to take actions like seizing voting machines.

“Task your new White House Counsel with identifying how the powers of the presidency can be used to ensure that the People receive a fair election count,” Olson wrote in the memo obtained by the Times. “Our little band of lawyers is working on a memorandum that explains exactly what you can do. The media will call this martial law, but … that is ‘fake news.'”

Olson’s call with Trump about how he could try to overturn the 2020 election underscores how Trump continued to receive advice from outside actors about potential steps he could take to avert his loss, well after his own White House counsel lawyers and Justice Department officials had told him there was no evidence of substantial election fraud and he had lost the election.

About a week after the conversation with Olson, in early January, Trump considered replacing his acting attorney general, with Jeffrey Clark, an environmental lawyer at the Justice Department who had embraced Trump’s false election fraud claims. He didn’t follow through after being confronted by DOJ and White House lawyers who warned the move would cause mass resignations.

It’s not clear how Olson got into Trump’s orbit, and it’s long been a question of how Clark rose to prominence in Trump’s mind. Olson currently represents MyPillow CEO Mike Lindell, who has been one of the most vocal proponents of Trump’s false claims of election fraud, in a lawsuit against the House select committee, challenging their pursuit of some information from his phone account.

Olson didn’t immediately respond to a request from CNN for comment.

In December and January 2020, Trump continued to pressure the Justice Department to embrace his claims of fraud. Former acting Attorney General Jeffrey Rosen, and Stephen Engel, a former official in the DOJ’s Office of Legal Counsel, testified before the House January 6 committee last month that Trump had raised the question of whether DOJ would file an election lawsuit with the Supreme Court and had a draft lawsuit sent to the Justice Department.

“It was a meritless lawsuit that was not something that the Department could or — or would bring,” Engel said. “Somebody obviously prepared it to the — handed it to the President and he forwarded it on for our review.”

In his memo, Olson urged Trump to “order the acting AG to file the suit on behalf of the United States by 5pm tomorrow.” He added that if the acting attorney general refused to do so, Trump should replace him with a Senate-confirmed DOJ official who would do so.

In the memo, Olson encouraged Trump to hire Kurt Olsen in the White House Counsel’s office, saying he could bring in additional lawyers to help Trump. “You need a lawyer literally on your side,” William Olson wrote of Kurt Olsen.

“As I said on our call, the President of the United States has seen this complaint, and he directed me last night to brief AG Rosen in person today to discuss bringing this action. I have been instructed to report back to the President this afternoon after this meeting,” Kurt Olsen wrote on December 29.

The January 6 committee issued a subpoena to Kurt Olsen in March. William Olson was not mentioned in Senate Judiciary’s review of the pressure campaign on the Justice Department, and was not subpoenaed by the House, according to the committee’s announcements.