Is banning skin whitening products enough to stop it happening? One country is seeing an impact 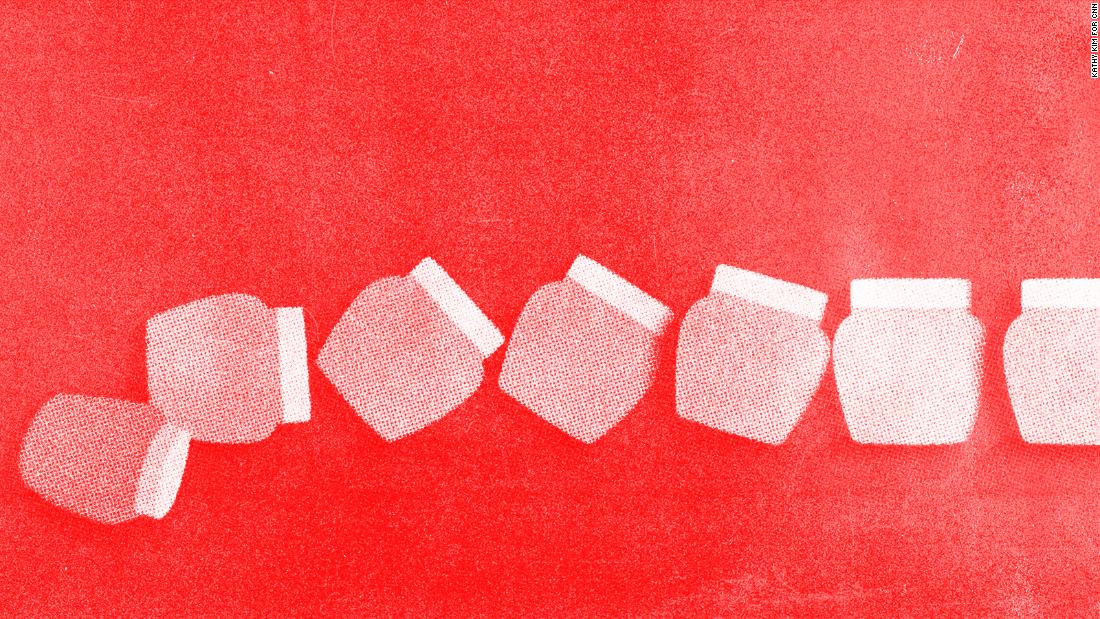 In 2018, the Rwandan government began enforcing a nationwide ban on cosmetics and hair dyes containing harmful chemicals like hydroquinone (above certain levels) or mercury, making it illegal to produce or sell most skin lightening cosmetics.

Sierra explains that if you’re not among the chosen few who have earned a smuggler’s trust, you simply can’t get hold of skin lightening creams, or “mukorogo” as they’re known locally.

The decision to ban the products came after authorities — ranging from the health and security departments to customs and local government — received countless reports of the damage done to users’ skins from applying these cosmetics, Simeon Kwizera, the public relations officer at the Rwandan Standards Board, tells CNN.

Misuse or prolonged use of products containing mercury, steroids or hydroquinone can be toxic to your health and despite the ban, there remains demand for lighter skin, which keeps the market for these products very much alive, albeit smaller and driven underground.

Forty-five-year-old Olive (also a pseudonym) has managed to secure a regular supply of skin-lightening products.

She tells CNN that once a month, she heads to a cosmetics shop in Musanze, a town known as a gateway for those wishing to track Rwanda’s famous mountain gorillas.

Once in the shop, Olive makes discrete eye contact with her supplier and uses a few code words to explain why she has come. She is then handed a tub of cream, concealed in a large envelope.

The tailor and mother of two has been lightening her skin for more than five years and the ban has forced her to both pay more for, and be flexible about, her beauty regimen.

“Before the ban, I used to purchase [my cream] for 2,000 Rwf (around $2) to brighten my skin and look beautiful, but it is no longer available,” she says. The new brand she uses is double the price.

“At least it’s obtainable,” Olive says before admitting that her inconsistent income has occasionally forced her to put her skin regimen on hold. In Rwanda, the average monthly income for a woman is 42,796 Rwf ($41.83).

For another user, Clementine, who also asked to be referred to by an alias, her cream became five times more expensive. It went from 2,000 Rwf (US $2) to 10,000 Rwf (US $10). She tells CNN she would often skip meals to be able to afford the products.

But it wasn’t the financial hardship that made Clementine, who has no stable income, stop using lightening creams. It was only “after knowing how dangerous it is and after my skin got more white than what I wanted that I decided to quit,” she says.

Regulations on skin lightening products in the small, landlocked country of around 13 million people began with a 2016 ministerial order that prohibited the use of 1342 harmful chemicals and compounds — including hydroquinone above certain percentages, mercury and steroids — in cosmetics. These three ingredients are commonly found in skin lightening products.

While the 2016 law outlined the prohibited ingredients and products, it was only in 2018 that authorities began clamping down on violations.

“There was a lag between the 2016 ministerial order and its enforcement in 2018,” Yolande Makolo, the Rwandan government spokesperson, tells CNN. This is because various departments needed to build capacity to inspect products and enforce the ban, she explains.

During that time, laboratories to test for harmful ingredients were built by the Rwanda Standards Board (RSB), an official regulator for cosmetics and pharmaceuticals. The Rwanda Food and Drug Authority was established, and relevant laws, including penal codes, were introduced. Rwanda’s president, Paul Kagame, also publicly lent support to the initiative in November 2018 saying on Twitter that skin bleaching was “quite unhealthy among other things,” and that it “includes use of prohibited chemicals.” The president added that the Ministry of Health and Rwanda National Police (RNP) “need to reign this in very quickly…!”

Raids on shops and in public markets began to take place across the country at the end of that year.

In 2020 alone, RNP spokesperson, Assistant Commissioner of Police (ACP) Jean Bosco Kabera, tells CNN that the police confiscated around 13,596 units, meaning skin lightening products, and that this number increased to 39,204 units confiscated in 2021.

Rwandan law enforcement agents have relied on people informing on their neighbors in order to crack down on the illegal sale of skin whitening products. However, raids have been accompanied by efforts to raise awareness of the chemical properties of banned products, both among importers and local manufacturers, as a preventative measure.

The RSB “trained cosmetic importers, local manufacturers and all value chains about the new policies and how to check content in these products” for illegal ingredients or illegal levels of certain ingredients said public relations officer Kwizera, adding that the training is ongoing. Those taking part are then assessed and the products they import or make locally are then certified by the RSB.

To date, 91 locally made cosmetic products, manufactured by 19 companies, have acquired the RSB’s S-Mark, which serves to reassure consumers that safety and quality standards have been met, according to Makolo, who explains that certifying safe Rwanda-made cosmetics can help businesses reduce losses resulting from importing or producing items that breach the ban and are subsequently confiscated.

The government also ran awareness campaigns within the community, and on media and social media to inform people about the risks of whitening as well as the ban itself.

According to Makolo, the ban’s impact has been tangible.

“Generally speaking, policies have been quite successful. These products can only exist illegally: the amount is small, the awareness about how harmful these products are is high.” Using skin whitening products has “become a taboo,” she says. However, data to support this has not been made available to CNN.

Aside from Rwanda, what have other African nations done to ban skin whitening products?

Several African countries have adopted measures to fight the widespread popularity of skin bleaching products. Here’s how some are enforcing their restrictions.

Import, manufacture and sale of cosmetic skin lighteners banned. Also illegal to add hydroquinone and other depigmenting agents to cosmetics.

According to Professor Lester Davids from the University of Cape Town:

Ban on all cosmetics with mercury, steroids, retinol derivatives, vitamin A and hydroquinone above 2%.

Speaking about the impact of bans in general, Lesley Onyon, a toxicologist at the World Health Organization’s (WHO) Chemical Safety and Health Unit who works on projects regulating skin whitening products, says that restricted access to skin whitening products through a ban will have some success, but will drive up prices in the underground marketplace — as the women in Musanze said they were experiencing.

Onyon adds that a ban “could lead to more locally-produced counterfeit products as well as other illegal sources,” and that “if there is a cheaper alternative being sold — what is sometimes called a hack — it can be more dangerous.”

Rwanda’s ban does seem to be faring better than other African countries that have imposed restrictions. In 1990, South Africa became the world’s first country to restrict the sale of skin-lightening creams containing harmful ingredients, Kenya then imposed its ban in 2001, the Ivory Coast in 2015, Uganda in 2016 and Ghana in 2017, but in many of these countries, skin lightening products continue to be sold quite openly, Professor Lester Davids from the University of Cape Town wrote in The Conversation.

Dr. Guy Mbayo, Climate Change, Health and Environment Acting Team Lead at the WHO Africa office, says a combination of factors have led to these bans faltering, notably a lack of understanding or awareness among traders.

“The laws are set but the monitoring of the implementation is not sufficient. In some of these countries you may find that the user, and seller, does not know that the product is banned or understand the consequences of using these products,” Mbayo tells CNN.

He added that political unrest in certain regions, coupled with weak law enforcement and large local demand has turned countries like Kenya and the Democratic Republic of Congo (DRC) into “mini hubs for this business.”

Police Commissioner Kabera told CNN that despite surveillance, most of the bootleg products confiscated in Rwanda come through the country’s porous borders with DRC.

Lucy Ikonya, Manager of Trade and Affairs within the government of Kenya tells CNN: “In Kenya, there is no issue with political unrest or weak law enforcement.” But Ikonya does add that authorities face the challenge of “improper labelling of cosmetic products, making it difficult to distinguish between those that have harmful ingredients and those that don’t have harmful ingredients.”

The DRC’s Directorate General of Customs and Excise did not respond to CNN’s request for comment.

Colorism spurring on the black market

Beyond product testing, awareness raising, and enforcing the ban through raids, Makolo admits that Rwanda still has some way to go to eliminate the practice of skin whitening altogether because there is still a generation “stuck to the idea that fair skin is better than dark.”

Dr. Kayitesi Kayitenkore, managing director at Kigali Dermatology Center, also tells CNN that colorism — which is discrimination against people with darker skin complexion, usually within the same ethnic or racial group — had not been sufficiently addressed as a cultural driver by the Rwandan government’s policies, and as such keeps feeding the black market for skin lightening products.

What does it take to properly enforce skin lightening product bans?

The WHO and Zero Mercury Working Group (ZMWG), an international coalition of NGOs, have identified the following steps needed to successfully eliminate the use of harmful products in cosmetics:

Gerry Mugwiza, a former user-turned-community activist, agreed with Kayintenkore, but adds that this yearning for a lighter skin tone is driving some “to make their own creams using different [ingredients] such as hair products and liquid soaps.” She tells CNN that some vendors then disguise these homemade cosmetics by importing legal ones and using that packaging to conceal the illegal products.

“Just like any other illegal product, it could be found through other means,” confirms Clementine in Musanze.

Addressing social drivers is therefore “important to stem the future demand,” says WHO’s Onyon, whose team is currently working on a project to help three countries — Gabon, Jamaica and Sri Lanka — better meet their obligations relating to the reduction of skin lightening products.

One of those drivers is advertising, says Onyon. “Some of the larger international companies who may not be using mercury in their products still advertise skin lightening which can drive a market for counterfeit and illegal products and even home remedies,” Onyon adds.

Reflecting on the Rwandan government’s progress to date, Makolo acknowledges the challenge is not just limiting supply but also changing harmful cultural norms.

“We have not reached zero demand. So, we will continue building capacity every day to enforce the policies better, and to raise awareness among young people better,” Makolo says. “It’s a work in progress.”