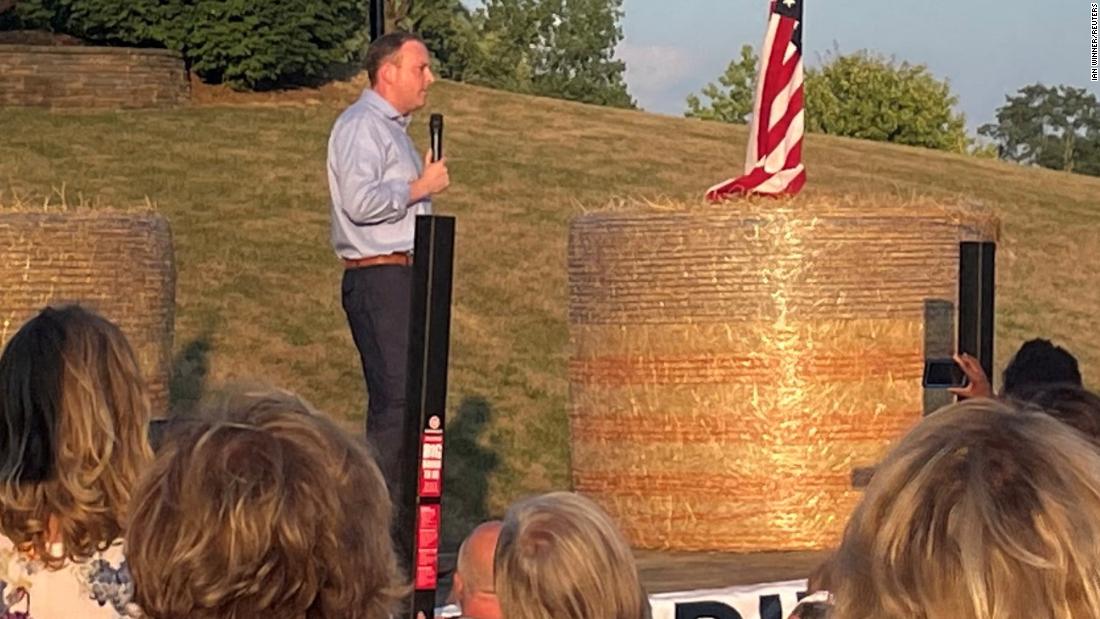 Zeldin was delivering a speech in Fairport, New York, when a man climbed on stage “and attempted to stab” Zeldin, a statement from the campaign said. The GOP lawmaker “grabbed the attacker’s wrist to stop him until several others assisted in taking the attacker down to the ground,” according to the statement.

The congressman returned to the stage to finish his remarks after the alleged perpetrator was taken into custody, Zeldin’s campaign said.

David G. Jakubonis, 43, of Fairport, New York, has been charged with attempted assault in the second degree, the Monroe County Sheriff’s Office said. He was arraigned in town court and released on his own recognizance. It was not immediately clear if he had an attorney.

Democratic Gov. Kathy Hochul, Zeldin’s opponent in the November gubernatorial contest, tweeted Thursday evening that she was “relieved to hear” he was not injured in the incident.

“My team has informed me about the incident at Lee Zeldin’s campaign event tonight. Relieved to hear that Congressman Zeldin was not injured and that the suspect is in custody. I condemn this violent behavior in the strongest terms possible — it has no place in New York,” Hochul wrote.

Zeldin announced his candidacy for governor last year, tweeting that “the light that was a beacon of what America can be has gone dark.” He clinched the Republican nomination in the race last month.

Zeldin was a vocal defender of former President Donald Trump during his presidency, including publicly defending him during his second impeachment trial. He also echoed Trump’s baseless claims of widespread fraud in the 2020 election and voted against certifying the 2020 election results in Arizona and Pennsylvania.

Zeldin was first elected to Congress in 2014, after serving four years in the New York state Senate.