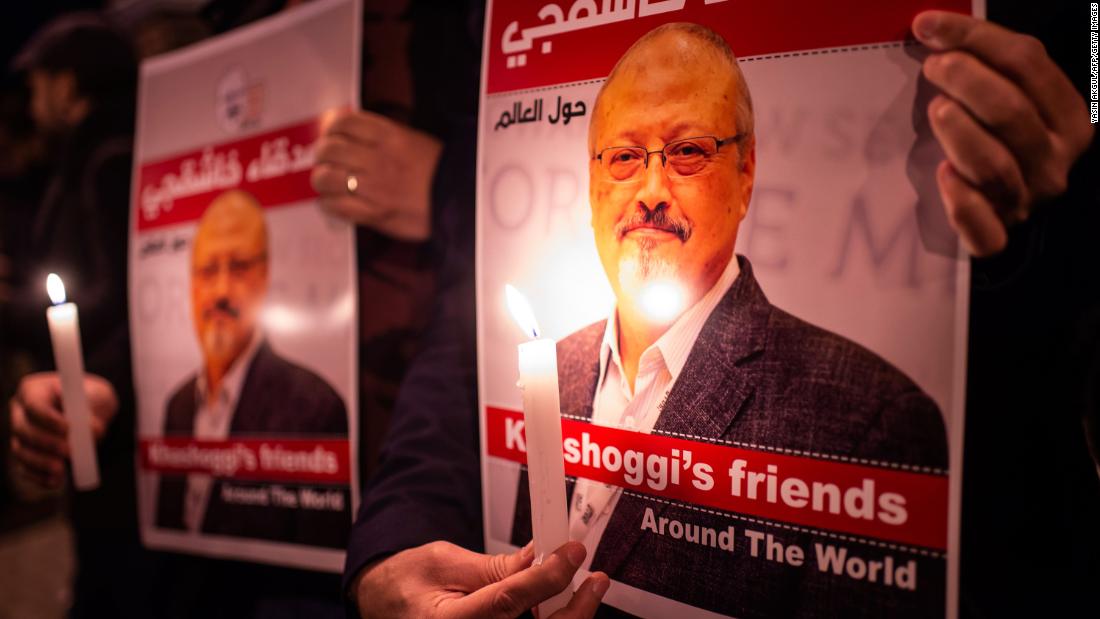 Democracy for the Arab World Now (DAWN) said in a Friday press release that Ghafoor, who is also a cofounder and board member of their organization, was detained by UAE security agents at Dubai International Airport.

DAWN said they informed the US State Department of his detention on Thursday, when he arrived from the US to Dubai in transit to Istanbul. DAWN said US consular officials met with Ghafoor Friday and said he is being held in Abu Dhabi on charges related to an “in absentia” money laundering conviction, but that Ghafoor “had no knowledge of any legal matter against him and no reason to believe he was involved in any legal dispute in the UAE,” according to a Friday press release issued by DAWN.

Ghafoor transited through the Dubai International Airport without incident less than a year ago, according to DAWN.

CNN has reached out to the UAE government for further comment.

“We are outraged at the unjustified detention of our board member and extremely concerned for his health and physical security given the well-documented record of abuse in the UAE, including torture and inhuman treatment,” Sarah Leah Whitson, the executive director of DAWN, said Friday. “We urge the Biden administration to secure the release of an arbitrarily detained American lawyer before agreeing to meet with the UAE’s leader [Sheikh Mohammed bin Zayed Al Nahyan] in Jeddah tomorrow.”

US officials said Saturday they were “aware” of reports that Ghafoor has been detained in the UAE but declined to offer any other details on his arrest.

“I will say there’s no indication that it has anything to do with Khashoggi, or anything else. But we are aware of it,” a senior US administration official said.

Another administration official said that the US raised Ghafoor’s detention “at senior levels with Emirati authorities” and “requested additional information” on his situation.

Consular officers from the US Embassy visited with Ghafoor Saturday, the official said.

Khashoggi, a Saudi journalist and a columnist for the Washington Post who was critical of Saudi rulers, was killed at a consulate in Istanbul, Turkey, in 2018.

The US declassified an intelligence report last year that concluded Saudi Arabia’s Crown Prince Mohammed bin Salman approved the operation to capture or kill Khashoggi.
Despite once promising to make Saudi Arabia a “pariah” on the world stage, Biden fist bumped the Crown Prince upon meeting him in Jeddah on Friday — a greeting that critics argued validated bin Salman on the world stage and Washington Post publisher Fred Ryan called “shameful.”

Biden told reporters later that he raised Khashoggi’s killing directly with Prince bin Salman and said he believed the Crown Prince was responsible.

Saudi Arabia’s Foreign Minister Prince Faisal Bin Farhan told reporters Saturday that “The Crown Prince responded to President Biden’s remarks on the Khashoggi affair quite clearly, that this crime while very unfortunate and abhorrent is something that the Kingdom took very seriously acted upon in a way commiserate with its position as a responsible country. These are issues, mistakes that happen in any country, including the US.”

DAWN is an organization that describes itself on its website as “a dedicated group of analysts, researchers, lawyers and activists who aim to fulfill Khashoggi’s vision of helping to promote democracy and human rights in the Middle East and North Africa.”