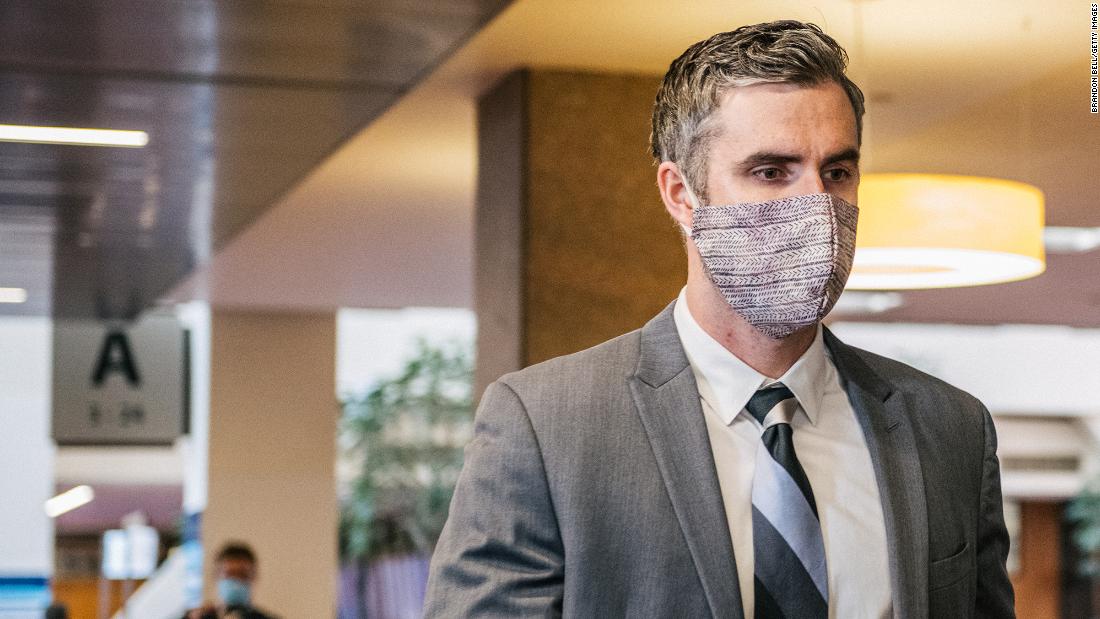 Federal prosecutors had asked Judge Paul A. Magnuson to sentence Lane to between 5.25 years to 6.5 years for his role in the fatal restraint of Floyd on a Minneapolis street in May 2020. Earl Gray, Lane’s attorney, asked for a sentence of 2.25 years.

Former officers Lane, Tou Thao and J. Alexander Kueng faced state and federal charges for their actions — or lack thereof — in May 2020 as their colleague Derek Chauvin pressed his knee into the neck and back of Floyd, who was handcuffed and lying on his stomach, for more than nine minutes.

Lane, a rookie officer on his fourth day on the job, held down Floyd’s legs during the arrest, while Kueng restrained his torso and Thao stood nearby and held back a crowd of upset bystanders. In federal court earlier this year, Lane testified that he asked Chauvin twice to reposition Floyd while restraining him but was denied both times.

During the hearing on Thursday, Judge Magnuson said that Lane had a “minimal role” in the incident, adding that he is a person of “outstanding character.” The judge also noted he received 145 letters in support of Lane. “It’s not unusual to receive letters. But I have never received so many letters,” he said.

The judge recommended the Bureau of Prisons place Lane in the federal prison in Duluth, Minnesota, to be nearer to his family and friends for visitations.

In addition to the prison sentence, Lane will be required to pay mandatory restitution in an amount to be determined and will be placed on supervised release for two years after serving his prison term.

Lane declined to make a statement to the court.

Floyd’s brother Philonise told the court Thursday about the effect of Lane’s actions.

“Our family was given a death sentence May 25, we will never get George back,” he said. “Officer Lane did not intervene in one way or another,” he added.

The federal sentence comes a month after Lane pleaded guilty in state court to aiding and abetting second-degree manslaughter. As part of a plea deal, Minnesota Attorney General Keith Ellison’s office and defense attorneys jointly recommended to the court a sentence of three years to be served concurrently with his federal sentence in a federal institution, according to Ellison’s office. He is scheduled to be sentenced on September 21 on the state charge, according to the court.
Thou and Kueng also face a state trial that is slated for late October on charges of aiding and abetting second-degree unintentional murder and aiding and abetting second-degree manslaughter. They have pleaded not guilty.
Chauvin was convicted last year of murder and manslaughter in a state trial and was sentenced to more than 22 years in prison. He pleaded guilty to federal charges of violating Floyd’s civil rights in December and was sentenced to 21 years in prison earlier this month. Chauvin’s federal sentence will run concurrently with his state sentence.

Floyd’s family says sentence is ‘slap in the face’

The brother, nephew, and girlfriend of George Floyd reacted with disappointment to the 30-month sentence in a press conference Thursday.

“The fact that this judge had a chance to deliver a maximum amount of time and he chose not to — what did that tell other people around the world? What does that tell people of color?” said Philonise Floyd. “The fact that they went below the (recommended) sentence, that’s terrible, because you give other people, for other crimes, way more time than that.”

Floyd’s nephew, Brandon Williams, called the judge’s decision to impose a minimal sentence “a slap in a face.”

“(Lane) also made the decision to kill my uncle. He knew exactly what he was supposed to do and he chose not to do it. That’s not an accident. That is a choice,” Williams said.

Courteney Ross, Floyd’s girlfriend, said that although she had told Lane she didn’t believe him to be a bad person, he still needed to be held accountable.

“I think he was caught up in a moment where he didn’t do the right thing. He fell to the pressures of a man that he should have no respect for,” she said.

“I hope that in the future, we’re going to start to see that people’s lives need to be valued. And part of that value is holding people accountable,” Ross added.

CNN’s Eric Levenson and Rebekah Riess contributed to this report.