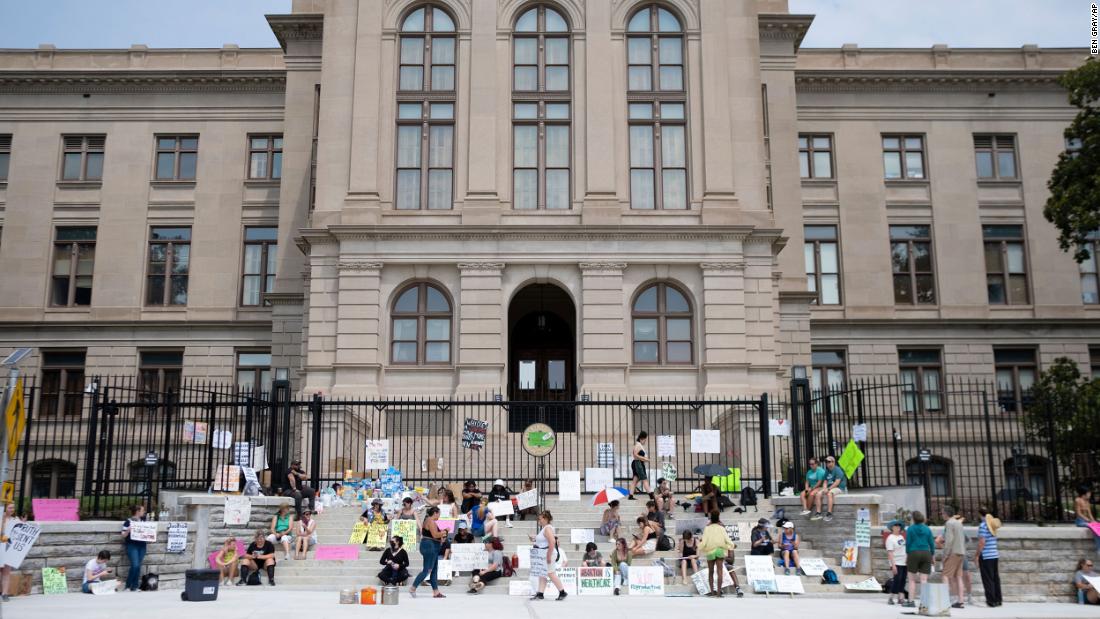 The 11th US Circuit Court of Appeals on Wednesday immediately stayed a federal district court’s order that had blocked the abortion law from going into effect.

The federal district court in 2020 had blocked state officials from enforcing the law, which bans abortion when early cardiac activity is detected. The challenge to the law, which was signed in 2019 by Republican Gov. Brian Kemp, was brought by Georgia abortion providers, abortion rights advocacy groups and practitioners.
The appeals court on Wednesday vacated the lower court’s order, saying in its opinion that the US Supreme Court’s decision in Dobbs v. Jackson last month “makes clear that no right to abortion exists under the Constitution, so Georgia may prohibit them.”

HB 481 redefines “natural person” to mean “any human being including an unborn child.” It also defines “unborn child” as a “member of the species of Homo sapiens at any stage of development who is carried in the womb.”

The appeals court said that the law’s redefinition of a “natural person” is “not vague on its face.”

Plaintiff litigators called the court’s decision to issue an immediate stay of the injunction a “highly unorthodox move.”

“Across the state, providers are now being forced to turn away patients who thought they would be able to access abortion, immediately changing the course of their lives and futures. This is horrific,” said the American Civil Liberties Union, the ACLU of Georgia, Center for Reproductive Rights, Planned Parenthood Southeast and Planned Parenthood Federation of America in a joint statement.

A court’s decision typically takes effect after issuing its official mandate, which falls around 28 days following a decision, according to the plaintiffs’ litigators.

The law includes exceptions for medical emergencies to prevent the death of the pregnant person or physical impairment.

It also provides exceptions for abortions 20 weeks or less if the pregnancy was the result of rape or incest — and if an official police report was filed.

In a statement, Kemp said he was “overjoyed” by the court’s decision.

“Since taking office in 2019, our family has committed to serving Georgia in a way that cherishes and values each and every human being, and today’s decision by the 11th Circuit affirms our promise to protect life at all stages,” the governor said.

This headline and story have been updated with additional details.