Analysis: Even as the Jan. 6 committee exposes Trump, he's still trying to steal the last election 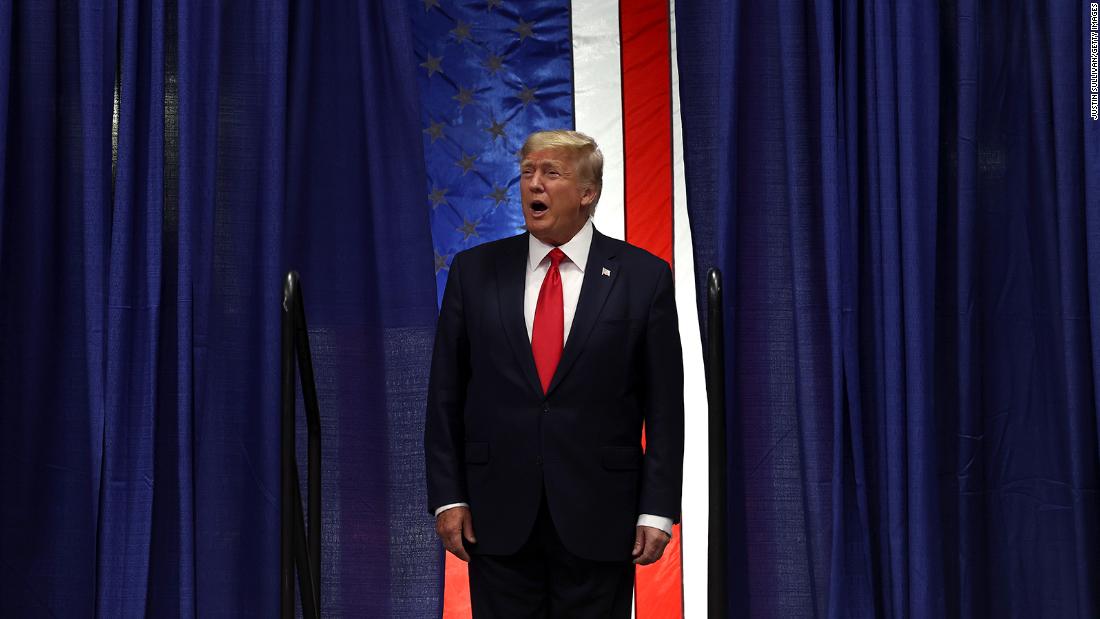 “I explained it’s not allowed under the Constitution. He has a different opinion,” Speaker Robin Vos told CNN affiliate WISN.

The comment didn’t just sum up Trump’s near two-year effort to discredit an election he lost. It reflects his entire attitude toward the presidency and dismissiveness of the guardrails around the office. The move from the ex-President, who has not testified before the committee, bolsters the panel’s mission, which seeks to show — in the words of one of its star witnesses, conservative lawyer Michael Luttig — that Trump remains a “clear and present danger to American democracy.”

Trump’s call to Vos represents exactly the kind of political pressure on Republican officials that the committee has documented in Arizona, Georgia and elsewhere as he sought to overturn the 2020 election. It displays a similar, almost pathological, unwillingness to accept the truth that he lost to Biden, which the committee has already sketched out in earlier televised hearings. And the idea that nearly two years on, Wisconsin would suddenly repudiate its election — or that it would make a difference to the overall result — shows that Trump is still indulging in the kind of fantastical thinking that led to his mob storming the US Capitol in 2021 and that would inform a future campaign.

Trump’s latest attempt to pressure a GOP official to discredit the election also poses urgent new questions for a Republican Party that has always refused to constrain Trump. A potential presidential nominee who was impeached twice is proving once again that he is impossible to deter, will accept no limits on his power and would do it all over again.

A new flurry of GOP assaults on democracy

The situation in Wisconsin was precipitated by a recent state Supreme Court ruling that bars the use of most ballot drop boxes and includes new restrictions on people returning a ballot on behalf of someone else. Vos said he explained to Trump that the ruling was not retrospective — meaning that it cannot be used to argue the 2020 election was illegal. Either Trump cannot grasp the complexities of the situation or he is deliberately ignoring them in his obsession to discredit the election. Neither possibility bodes well for the presidential campaign that he is hinting he could launch soon, perhaps even before the midterm elections.

Trump’s latest attempt, effectively to steal an election, is part of a broader pattern by the ex-President and his supporters to undermine American democracy, potentially with a view to winning back power. Almost every week throws up new example of pro-Trump candidates running on his election lies or seeking to tarnish the institutions that held, just barely, against his coup attempt.

The Arizona Republican Party executive committee on Tuesday censured Rusty Bowers, the state House’s conservative speaker, after he testified to the House select committee that Trump tried to get him to rule out Biden’s victory. Bowers refused to do so, citing his oath to the Constitution. But the speaker was just told by his own party that he is no longer a Republican in good standing and he’s in danger of losing his political career for telling the truth.

In Maryland, meanwhile, Republican primary voters showed the GOP’s increasing extremism by selecting vehement election denier Dan Cox as their gubernatorial nominee this week. The race was one of several nationwide, including in Pennsylvania, where Democrats have boosted the most pro-Trump extreme primary candidate with advertising blitzes in attempts to secure general election opponents whom they thought would be easier to beat.

This is a dangerous tactic when Democratic candidates risk being dragged down in November by Biden’s plunging approval ratings. David Axelrod, a former strategist for President Barack Obama, told CNN’s Anderson Cooper on Wednesday that the strategy “could be shrewd or it could end disastrously.” Axelrod, now a CNN senior political commentator, warned that the “gale force winds” facing Democrats this year could blow an extreme Republican into office — specifically referring to Doug Mastriano, an election denier running for governor in Pennsylvania.

Mastriano and Cox are among scores of Republican candidates who are running on a platform of Trump’s lies about voter fraud that have become a litmus test in the GOP. Trump’s candidates haven’t won everywhere — with notable losses in Georgia and Colorado primaries, for example — but the success of many of his endorsed primary candidates underscores his continuing dominance over the party and the way that it has turned against some of the basic principles of democracy.

The series of televised hearings put on by the House select committee has made a compelling case that Trump was repeatedly told he lost the election, but pressed ahead anyway, ultimately exhorting the mob he invited to Washington and incited to march on the Capitol on January 6, 2021. Yet many Republicans and figures in Trump’s orbit are still seeking to whitewash the truth that is being unveiled and to punish committee members.

House Republicans, for instance, are already planning to investigate the investigators — with hearings targeting members of the January 6 committee — if they win the House majority in November, CNN reported earlier this month.

In another attempt to discredit the committee’s legitimacy, Garrett Ziegler, a former Trump White House aide who met the committee earlier this week launched a profane and sexist rant on a livestream after his testimony, CNN’s Marshall Cohen and Hannah Rabinowitz reported on Wednesday.

“They’re Bolsheviks,” Ziegler said in the stream, “so, they probably do hate the American founders and most White people in general. This is a Bolshevistic anti-White campaign. If you can’t see that, your eyes are freaking closed. And so, they see me as a young Christian who they can try to basically scare, right?”

Attorney General: ‘No one is above the law’

The January 6 committee is one of several investigations that could hold Trump to account.

Maryland Democratic Rep. Jamie Raskin, who serves on the House select committee, told CNN’s Anderson Cooper that though Thursday’s event is the last in the current block of hearings, he would not be surprised if there are more ahead.

And he added there would also be a hearing to discuss the panel’s recommendations for the “fortification” of American democracy against, coups, violence and attempts to steal elections, “which is what we saw on January 6 and alas continues to go on with the same forces that were arrayed against us on that day.”

Even before the House committee finishes its work, an effort is underway in the Senate to make it harder to overturn a certified presidential election, motivated by alarm at Trump’s narrowly averted attempt to exploit the system. A bipartisan group of senators reached a deal to modernize the Electoral Count Act of 1887 but the measure would require 10 Republican senators to sign on and it faces a long road before it becomes law.
Prosecutors in the Atlanta area, meanwhile, have told 16 “fake electors” who allegedly took part in an attempt to subvert the Electoral College that they are targets of a criminal investigation. The investigation was launched after Trump’s infamous phone call with Georgia Secretary of State Brad Raffensperger when he asked the GOP official to “find” votes he needed to overtake Biden in the critical state.
The probe is seen by many legal observers as posing the most potential legal jeopardy for Trump over his election meddling. In another development on Wednesday, a New York judge ordered former Trump legal adviser Rudy Giuliani to testify as a witness before the grand jury in the investigation in Fulton County, Georgia.

And back in Washington, speculation heated up over whether the ex-President could face a criminal probe from the Justice Department following comments by Attorney General Merrick Garland.

“No person is above the law in this country,” Garland said at a news conference when asked whether the political firestorm that would result from the indictment of a former President would act as a disincentive to a prosecution.

The House January 6 committee has no power to mount a criminal investigation but it could recommend to the Justice Department that Trump or his associates be charged. The department could also decide independently to launch an investigation into Trump, but as Garland pointed out, it does not conduct its criminal inquiries in public.

The possibility of Justice Department action and the Georgia probe are especially important to Trump’s critics since if Democrats lose the House in November, the January 6 committee will be wound up by a new Republican majority. In itself, such a move would show that the struggle to save the nation’s democracy from an ongoing threat is far from won.