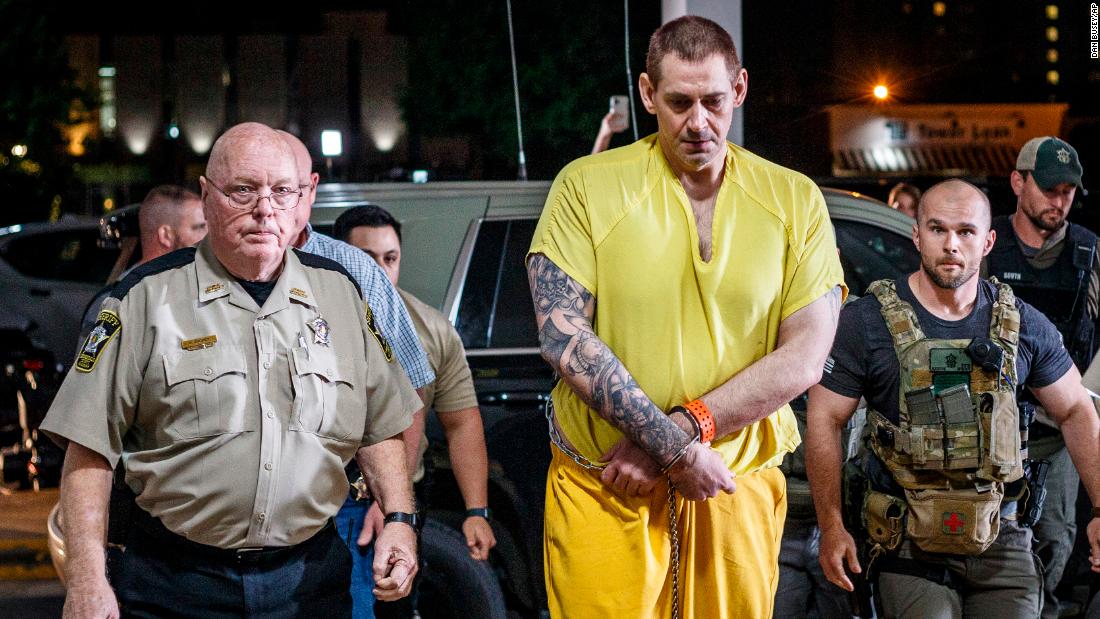 The indictment alleges that Casey White had four handguns and an AR-15 rifle with him as he fled from an Alabama jail with corrections official Vicky White. He is charged with one count each of possessing a firearm as a felon and possessing a firearm as a fugitive, according to the indictment handed down by a federal grand jury in Evansville, Indiana.

Casey White is not allowed to possess a firearm due to his 2019 felony convictions for attempted murder and kidnapping, according to the DOJ and inmate records. If convicted, he could face up to 10 years in prison for each of the two charges.

He is already serving a 75-year sentence for a separate crime spree in 2015, which included home invasion, carjacking and a police chase, US Marshals said.

Investigators believe the inmate and corrections official, who are not related, had fostered a secretive romantic relationship while Casey White was housed at the Lauderdale County jail. Vicky White helped plan and execute Casey White’s escape from the jail staging a getaway car and gathering supplies in the preceding days, officials say.

The hunt for the pair concluded with a high-speed car chase, which ended when the getaway vehicle wrecked in a ditch. When authorities approached the car, they found Vicky White had been fatally shot in the head. The coroner’s office ruled her manner of death was suicide.

The firearms charges are the first federal charges Casey White faces related to his escape. He is already facing state charges for first-degree escape and felony murder in connection with Vicky White’s death, court records show.
In Alabama, a felony murder charge can indicate the victim died while the accused was committing another dangerous felony, even if the accused did not intend to kill the victim or cause their death.
Casey White also faces capital murder charges related to the 2015 stabbing death of 59-year-old Connie Ridgeway. He allegedly confessed to the killing but has pleaded not guilty by reason of insanity. He was awaiting court hearings in the case when he staged his April escape.

After he was caught in Indiana, White was returned to Alabama and is being housed in the William E. Donaldson corrections facility in Bessemer, about 30 miles west of Birmingham.