60% of Americans approved of the Supreme Court last July. Now, it's 38%, according to a new poll 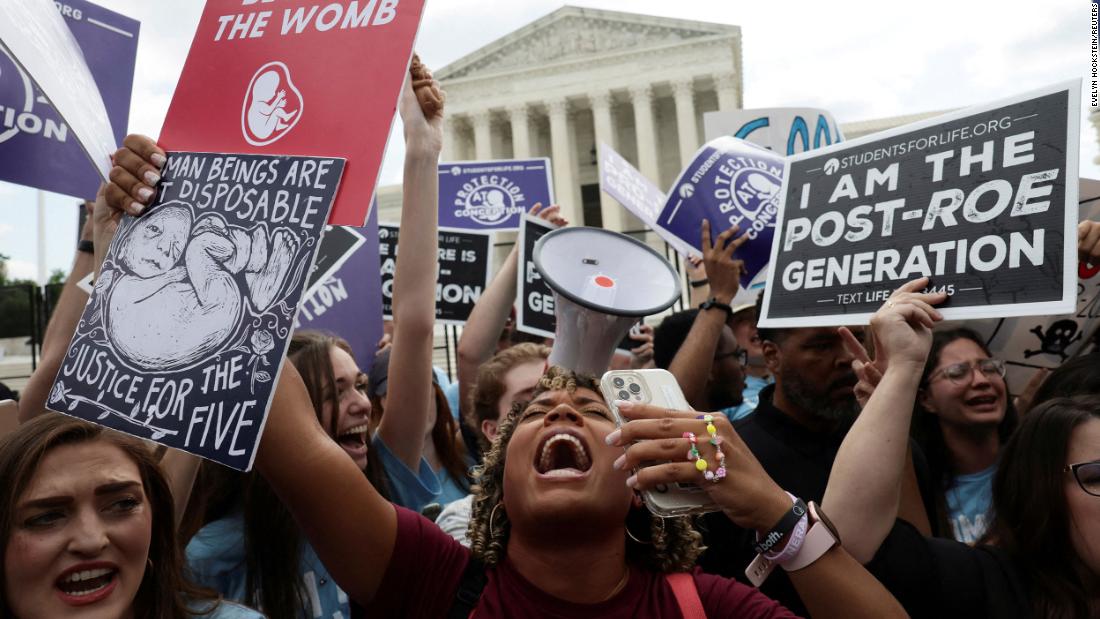 The Marquette Law School poll provides key insight into how the country views the Supreme Court after its controversial decision to reverse nearly 50 years of precedent. Taken between July 5 and 12, just days after the court reversed Roe, the survey found that 61% of respondents said they disapproved of the nine justices and 38% said they approved.

Just one year ago, in July 2021, the Marquette poll showed 60% approval with 39% disapproving. And a majority approved as recently as March in Marquette’s polling. At the same time, the survey finds a sharp increase in the share who view the court as conservative — 67% describe it as either very or somewhat conservative, up from 56% in May.

The findings demonstrate the rapid collapse of support by Americans for the high court, which has historically received higher marks than Congress and the White House. In the latest CNN polling, released this week, 38% approved of the way Joe Biden is handling his job, and just 18% approved of Congress.

Standing as one of the court’s most consequential decisions in decades, the majority opinion issued last month sent shock waves through the nation, drawing high praise from conservatives and fierce condemnation from Democrats, who vowed revenge at the ballot box this November.

The Marquette poll, like others released since the decision came down, finds that a broad majority of Americans oppose the decision to overturn Roe, 64% vs. 36% who favor it, a divide that has not shifted much in the wake of the ruling.

The court also issued decisions in a number of other closely watched cases before the new poll was taken, including one that eroded some of the barriers between church and state in an opinion that will allow more religious expression in public spaces. And the justices struck down a century-old New York gun law that placed restrictions on carrying a concealed handgun outside the home — an opinion marking the widest expansion of gun rights in a decade.

In addition to the controversial opinions released this term, a number of other recent episodes are likely to blame for the slipping numbers, including revelations about efforts by Ginni Thomas, the wife of Justice Clarence Thomas, to overturn the results of the 2020 election, and Thomas’ public jabs at Chief Justice John Roberts.

Earlier this year, Justice Sonia Sotomayor said that she and her fellow justices all think about how to “comport” themselves to try to ensure public confidence as Americans’ view of the high court has worsened in recent months.

“I think all of us worry about that. We think about ways in which we can comport ourselves, among ourselves, to ensure that the public has confidence in what we’re doing,” Sotomayor, one of the court’s liberal members, told NBC News in response to a question about the decline in the public’s trust of the court.

Results from the survey are based on interviews with 1,003 adults nationwide and have a margin of sampling error of plus or minus 4 percentage points.