6 killed in a 21-vehicle pileup in Montana 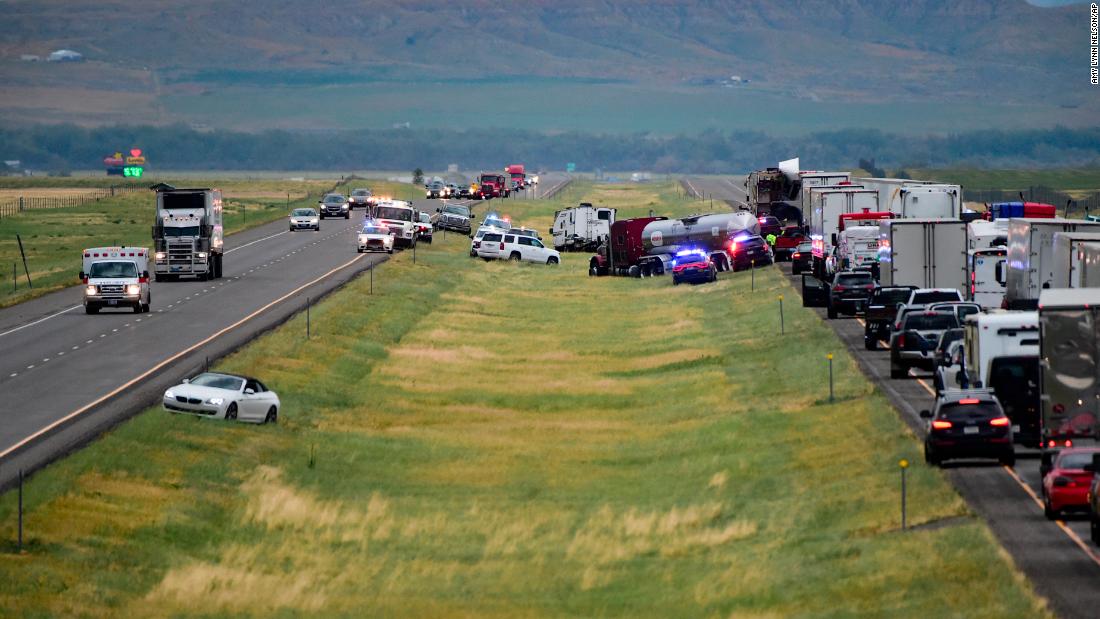 Montana Attorney General Austin Knudsen said first responders were investigating the accident west of Hardin and that more information will be released when available. Knudsen oversees the highway patrol.

“The Montana Highway Patrol is on the scene with other first responders and investigating the incident,” Knudsen said. “This investigation is still ongoing. We will release more information as it becomes available and is appropriate out of respect of the lives lost and their loved ones.”

Interstate travel was detoured overnight, but I-90 has since reopened, highway patrol said.

“I’m deeply saddened by the news of a mass casualty crash near Hardin. Please join me in prayer to lift up the victims and their loved ones. We’re grateful to our first responders for their service,” Governor Greg Gianforte tweeted on Friday.

Ariel Dehart witnessed a camper van ripped open in the pileup while driving westbound on I-90 near Hardin.

Dehart told CNN she drove by moments after the accident. There were only a few first responders on the scene at the time, she said.

“The visibility was so poor and scary,” Dehart said. “The air was warm and eerie. It was like wearing sepia-colored glasses. It was so crazy.”

“When I saw the ripped-open camper, my gut dropped,” she said. “But the owner just was frantically putting his decorative pillows back in the camper, and it was so sad because he was obviously so in over his head with what just happened.”

Jose Strickland also witnessed the pileup. He told CNN he skidded to a stop when the pileup occurred just in front of him on I-90.

Strickland says he and others helped pry an elderly man out of his vehicle and onto a stretcher and into an ambulance.

For about 45 minutes after the wreck, Strickland says he stayed helping people on the scene.

“Visibility dropped in an instant,” Strickland wrote in a Facebook post about his experience. “I still can’t get over the fact that we were 1 truck away from disaster.”